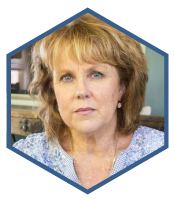 Lucy is a retired nurse, who previously founded a fully accredited in-home nursing care company which grew from a one-person operation…

Lucy is a retired nurse, who previously founded a fully accredited in-home nursing care company which grew from a one-person operation to a staff of over 50 nursing and disability support workers and included a respite centre and administration centre caring for over 200 patients. These included low- through to high-support clients such as quadriplegics, acquired brain injury, physical and intellectual disabilities, frail aged and palliative care.

Lucy is married to Lou, a retired police officer who spent the majority of his 32-year career investigating drug-related crime in Sydney and the North West of NSW.

Since August 2013, Lucy has spearheaded the movement to re-introduce Medicinal Cannabis into Australia. She witnessed the dramatic relief her son Dan (suffering Stage 4 bowel cancer) gained from using this medicine, and Dan championed the cause alongside his mother. Together they started a social campaign which ultimately changed Australian laws. Lucy says that she used to feel proud of that achievement but now feels that Australian legislators have produced a system set up to fail patients like Dan. On Dan’s deathbed she promised to make access to cannabis better for Australians. 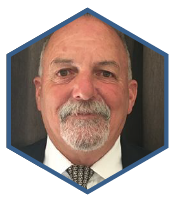 Lou was educated in the UK and arrived in Australia in 1971. He joined the NSW Police Force, serving for 35…

Lou was educated in the UK and arrived in Australia in 1971. He joined the NSW Police Force, serving for 35 years as a Detective in the Criminal Investigation Branch, Drug squad and the Armed Hold Up squad.

During this time he became an experienced lecturer and facilitator within the service on subjects ranging from security issues; drug use; criminal investigation and coronial matters et al.

He obtained his Bachelor of Laws from University of New England in 2006. His advance subjects at UNI were in contract law and company law, not crime as one might have expected.

After leaving the Police he joined Lucy in the healthcare sector helping her turn a sole trading business into a successful in-nursing and palliative care company, fully accredited in-home nursing care company which grew from a one person operation to a staff of over 50 nursing and disability support workers, and included a respite centre and administration centre caring for over 200 patients.

Patients included low through to high support clients (24 hour care) such as quadriplegics, acquired brain injury, physical and intellectual disabilities, frail aged and palliative care. Care was delivered in the patient’s home, in group homes, in the respite centre. 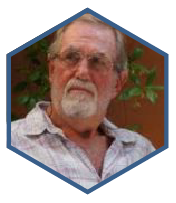 Lewis Roussos is a native of NSW, born in Maitland. His father was Cypriot decent, so his early years were in the…

Lewis Roussos is a native of NSW, born in Maitland. His father was of Cypriot decent, so his early years were spent in the cafes.

At 20 years old he was called up for National Service and served 13 months in Vietnam. When he returned to Australia he joined the NSW Police Force, became a detective and served in the specialist Drug Squad and Consorting Squad as well as the Major Crime Squad. He also had many years in the Special Weapons Operational Squad.

Lew spent 18 years in the Police and was honourably discharged a Detective Sergeant. He met Lou Haslam in Sydney while in the Police Force and became firm friends. He and his wife Carol became godparents to Daniel Haslam. Lew and Carol then witnessed first-hand the incredible benefit medical cannabis products provided in pain and nausea relief for Dan and others, and hence he is an enthusiastic supporter of the work of United in Compassion. 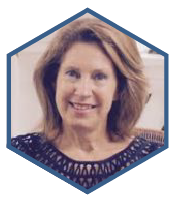 Carol Roussos was born in Grafton and after living in Europe for five years she moved back to Sydney where she met and married Lewis in 1986. At the time she worked as a medical secretary.

After marrying Lew, Carol went on to work in several different family businesses in within the Newcastle area. She and Lew had been close friends with Lou and Lucy for many years and it was with great sorrow they witnessed the passing of Daniel. Carol’s support for Lucy and Lou and the work of United in Compassion is a natural extension to her role as Godmother to Daniel. 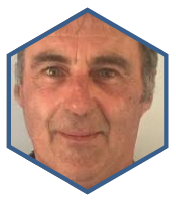 Joe is a seventh generation farmer in the Huon Valley, Tasmania where he is founder and president of the ‘Southern Farmers…

Joe is a seventh generation farmer in the Huon Valley, Tasmania where he is founder and president of the ‘Southern Farmers Group’.

Commended for “brave conduct” by Governor-General Quentin Bryce in the Australian Bravery Decorations in 2012, Joe is a caring leader in his community advocating for compassionate access to Medicinal Cannabis and new opportunities for farmers.

Joe represents UIC in community and government in Tasmania, where our organisation shares its roots with NSW. 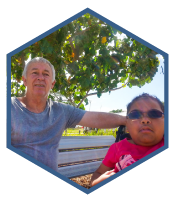 Steven Robert Peek is a carpenter and father from Brisbane. From 2008 until 2017 was a full time carer for his little…

Steven Robert Peek is a carpenter and father from Brisbane. From 2008 until 2017 was a full time carer for his little daughter Suli.

Suli was a normal infant but by the age of nine months had started developing feeding problems and at 12 months contracted influenza A which resulted in a bout of pneumonia. While in hospital she also contracted swine flu. From here she began to regress and had her first seizure when she was 15 months old. Then began a downward spiral of regression, hospital admissions and between 100 to 200 tonic clonic seizures per day. Despite the use of large numbers of anti-convulsant medications with their attendant and horrendous side effects Suli was at this point never seizure free.

In April 2015, with all other pharmaceutical options exhausted and desperate to relieve Suli’s suffering, the family tried Medicinal Cannabis. They noticed an immediate improvement.

The medicine had Suli more alert, happier and suffering none of the sever side effects experienced with previous drugs. There were no hospital admissions for more than a year and a ninety percent reduction in seizures.

In 2013 a lesion had been found on Suli’s brain and a tumour suspected – though a biopsy considered too risky. Nevertheless it was monitored and after 8 months on Cannabis oil the tumour had disappeared. Despite this Suli continued to regress but Cannabis helped her maintain a reasonable quality of life although other problems arose from the damage done by long term use of anti convulsants and the Keto diet she had at one stage been prescribed.

On the 19th October 2017 Suli was admitted to hospital because of stomach problems due to an intolerance of a specialised diet and was being trialed on a new formula. On the 21st October at nine years of age she died suddenly and unexpectedly in hospital, her death now under investigation by the Coroner.

For the last years of her life (and since) Steve and his wife Joyce have been passionate advocates for Medicinal Cannabis, fighting a long (and ultimately losing) battle with the Queensland State bureaucracy for legal access to Medicinal Cannabis for Suli and for the use of this medicine in the hospital in which she was treated. They hope her legacy will see all children with intractable epilepsy given the right and opportunity to try Cannabis as a legal alternative to other AEDs with their terrible side-effects, especially when proven ineffective.

With the help of Teresa Nicoletti of the law firm Mills Oakley Steve has applied to the Coroner for a full Public Inquest into Suli’s death – so the battle is one that continues while Suli lives on in our hearts and minds. 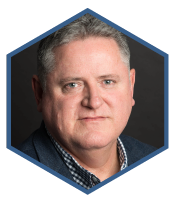 Daniel is an Executive Producer, Director & Cinematographer at DC Stories, the company that produced the documentary ‘High As Mike’…

Daniel is an Executive Producer, Director & Cinematographer at DC Stories, the company that produced the documentary ‘High As Mike’.

He started his career as a press photographer for News Limited back in the mid-1980s.

In the 1993, straight after the civil war in Lebanon, Daniel travelled extensively through the war torn country producing photographic work for a calendar ‘Lebanon The Beauty Remains’ followed by photographic exhibitions In Sydney, Melbourne, Los Angeles and Detroit.

While pursuing photographic journalism, Daniel switched between stills and cinema with directing and shooting short films. His unique style has featured in photographic magazines around the world.

In 2017 he directed and produced his first documentary Rode to Rescue which debuted in cinemas and later on the 9 Network.

In January 2018, Daniel’s brother started on a medicinal cannabis trial for his intractable epilepsy with results that were life changing and set Daniel off on a path of discovery within the medicinal cannabis space.  He realised very quickly there was a story to be told, which then led him to Lucy Haslam and her United in Compassion organisation.

His current documentary High as Mike is the story of ‘Mike’ a patient on a journey of discovery to find out if medicinal cannabis can help him.  He meets with fellow patients using medicinal cannabis suffering from a range of conditions, lawyers, specialist doctors, scientists and black market suppliers.  High as Mike is – as of June 2019 – screening in Cinema’s across Australia, NZ and the USA.

Daniel’s experience and knowledge of  patient difficulties in accessing affordable medicinal cannabis in Australia has led to his appointment to the UIC team where he hopes to put his skills toward achieving UIC’s goals.